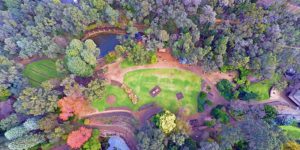 In our May issue, we talked about the fabulous time Team Neutrog had at the Perth Garden Festival this year. We received such an awesome response to Whoflungdung that our WA sales rep, Brian, decided to head on out to the Araluen Botanic Park in Roleystone to give everyone a personalised demonstration of our new organic super-mulch.

Amongst other things, Brian explained the many benefits of Whoflungdung, highlighting the fact that the mulch is perfect for the sandy soils of WA as it provides a much needed dose of nutrients. Brian demonstrated the application rates and explained how Whoflungdung works to provide soil with a wide variety of good bacteria to promote healthy growth and reduce weeds.

We’ve been lucky to share a long and supportive relationship with Araluen and after Brian’s visit we were inspired to share a little something about this fantastic organisation with our readers. Whether you’re a Perth local or planning a trip out west in the future, be sure to pay a visit to Araluen Botanic Park and see these gorgeous gardens for yourself. 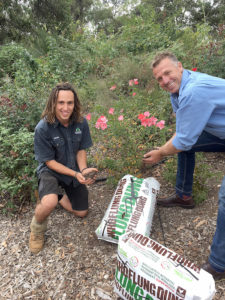 Located just 35km from the Perth CBD, Araluen Botanic Park is a hidden treasure nestled high in the Perth Hills. It offers a wide range of plants, flowers, trees and shrubbery, spread across 59 hectares of native Aussie bushland and 14 hectares of developed gardens.

The park has a long history dating all the way back to the 1920s, when Australian businessman and politician J.J. “Boss” Simons, decided he wanted to establish a holiday camp for this youth organisation, the Young Australia League. Choosing Roleystone for the location, he purchased 59 hectares of wild land and named it Araluen after an Indigenous word meaning singing waters, running waters or place of lilies.

Members of the Youth Australia League and volunteers from the community got hard to work establishing paths, roads, steps, terraces and gardens, paving the way for the botanic park we enjoy today.

In 1985, Araluen was sold and by 1995, the Araluen Botanic Park Foundation (ABPF) had convinced the state government to purchase the park. Lots of love and hard work has been put in over the past 20 years to restore and revive Araluen to great glory, with particular focus on restoration of heritage structures, gardens, paths, steps and terraces. As part of the ongoing project, new capital works programs have also been completed, including the green central lawn, new carparks, the Forest Deck function area and better communication systems including public Wifi and a Telstra Tower.

Today, The Grove of the Unforgotten pays tribute to the memory of 88 Young Australia League members who were killed in World War I, with picturesque terraces beaming with tulips, cascading waterfalls and lily ponds.

With strong support from the community and great interest from visitors to WA, Araluen is well on the way to achieving its mission to become a Botanic Garden of Excellence. This place is truly gorgeous, and a must see for a nice long stroll for anyone passing through Perth.

Araluen’s opening hours differ depending on the season. From August 1st to April 30th, the park is open from 9am-6pm and from May 1st to July 31st it’s open from 9am-5pm. Admission fees are low ($6 for adults and $3 for children), with special prices for groups, families and discounts on Tuesday’s.

There’s lots to see and do, including barbecue facilities, a ride on the Araluen Train, a visit to the Roundhouse Gift Shop and a meal or drink at the Chalet Healthy Cafe.

For more information about the park facilities, admission fees, upcoming events and functions, check out the Araluen Botanic Park website for further details. 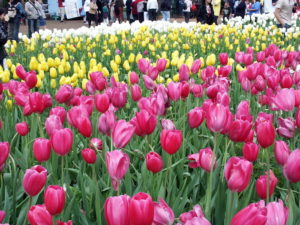 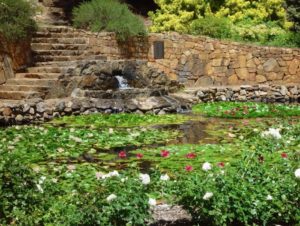 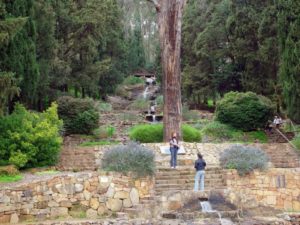